This isn’t a baseball post. Nor just another article. Just another step in the journey to try and get my granddaughter interested and good at shooting a bow. Back in December she was introduced to archery at Oakwoods Metropark. Chase had set up a target with prizes hanging on it. Stella was one of the first ones to shoot and said she wanted the bag of jerky nailed to the board. 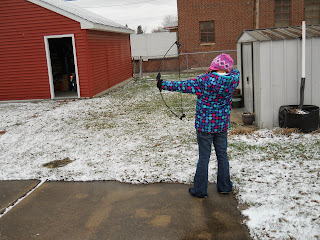 Sure enough she was the first to arrow anything and had her interest sparked in the sport. 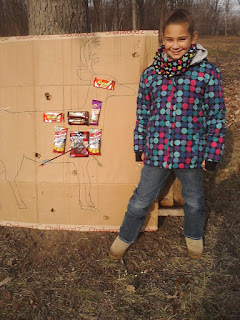 Santa was asked to help with a bow and came thru xmas morn. Well she had a bow anyway. It didn’t really shoot well so i tried to set it up for more accuracy. While searching for accessories I came upon a website offering many archery products from Wyandotte Leather. What a coincidence I thought but little did I know about this hidden gem in Wyandotte. Crossing the tracks on Northline in Wyandotte I’ve seen the white building with the big stenciled letters Wyandotte Leather. 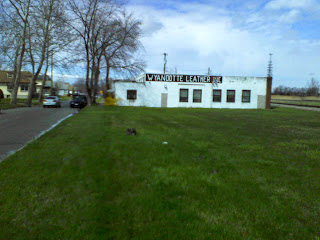 The business has been in the same spot for over 50 years. Jerry Kaufman is the owner taking over from his father Gay who was a Chemist at Wyandotte Chemicals back in the 50’s. He was able to combine work and pleasure to create a business that has lasted till now. Jerry’s dedicated seamstress Taryn sews all the different products and can do so while carrying on a conversation. 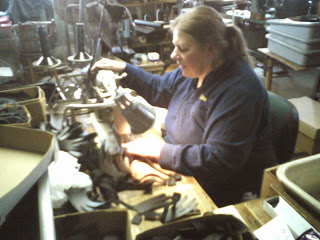 Taryn and her namesake Taryn Asher from Fox 2 both got their names because of the fact their mothers adored Tyrone Powers of movie fame. This was verified when Taryn’s mother called Fox 2’s Taryn and ask her about how she got her name. Sure enough Tyrone had a big affect on both mothers. 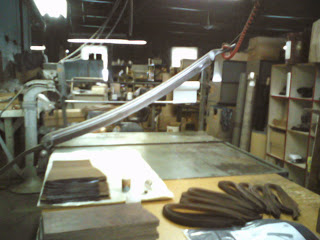 The quality is very high and the accessories come in different colors and even camo. Stella got an arm guard. 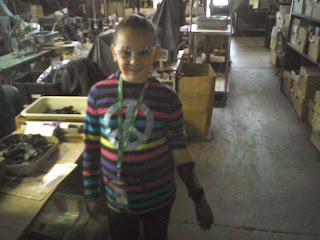 Thanks Jerry. Keep up the good work. As we were leaving Jerry asked Stella if she was interested in hunting. Stella said definitely not. Then she was asked about shooting fish… maybe. Pointe Mouillee here we come!